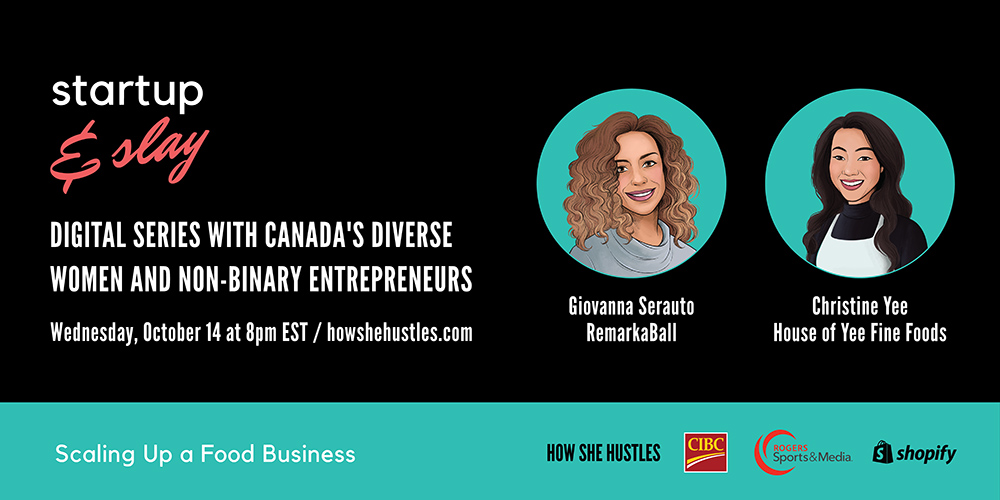 House of Yee Fine Foods – Christine Yee (Port Coquitlam, BC) Christine grew up working in her immigrant family’s restaurant in Regina, Saskatchewan – House of Yee Chinese Food.  But despite her childhood in the restaurant business, her initial career path did not lead her into the food industry – until now. Healthy Asian cuisine called at her, and she started her gluten-free dumpling business as a side hustle. She started producing in her own kitchen and moved to a 1600sq.ft space to create her first to market line of frozen dumplings with no MSG, gluten-free with Chicken Pork or Vegan options. They are now available in 40 stores and the list is growing.

RemarkaBall – Giovanna Serauto (Calgary, AB) Giovanna broke from the traditional route of the food industry of using distributors and brokers to sell her protein energy balls, instead she went directly to the stores with her product and got them on the shelves of Safeway, Sobeys, Community Naturals, COOP and Sunterra – in total, 50 retails stores! They are gluten-free, plant-based, soy-free, locally made in Calgary and a hit as a snack or meal replacement. Her team is made up of Latina immigrant women.

7 Tips for Getting Your Food Product Into Stores

Entrepreneurs Christine Yee and Giovanna Serauto know the recipe for success in the food industry requires passion — but that’s only the beginning.

Though she studied urban planning and worked in real estate, Yee always knew she wanted to work with food. Growing up in her family’s Chinese Canadian restaurant in Saskatchewan instilled her with a deep appreciation for great tasting dishes. Yee used that experience to build her own business, House of Yee Fine Foods, named after her family’s since-closed restaurant. Yee now sells healthy, gluten-free Asian dumplings in British Columbia.

Creating nutritious food options is also how Serauto ended up in the food industry. The Calgary-based fitness studio co-founder says when she went looking for snack

options in the grocery store, she often ended up disappointed. There wasn’t much available that was healthy, tasty and included ingredients she loved like oatmeal, hemp and peanut butter. So she decided to make them herself. Serauto launched RemarkaBall, protein energy balls made with ingredients like flaked coconut, organic chia, nuts and cocoa, all rolled into a bite-size snack.

House of Yee and RemarkaBall both started in home kitchens, but these entrepreneurs soon amped up production and got their products on store shelves. RemarkaBall are now sold in Safeway and Sobeys stores across Alberta as well as natural goods retailers, coffee shops and yoga studios. House of Yee Fine Foods products are available in 40 stores across BC’s Lower Mainland and will soon be expanding to the Okanagan and Vancouver Island.

Here is how they did it and what advice Yee and Serauto have for entrepreneurs looking to land their food products in stores:

Originally, Serauto kept it simple, packaging her protein energy balls in plastic bags with a sticker and selling them to friends and small coffee shops. But in order to be in larger retail stores, such as grocery store chains, Serauto and her business partner, Marines Tineo, had to pay closer attention to their labeling and packaging.

Before printing labels or packaging, checking federal and provincial regulations is a must, says Serauto. For the Calgary-based entrepreneur, that meant working with the Canadian Food Inspection Agency (CFIA) and Alberta Agriculture Partnership. “These services are free and completely accessible for small business owners,” she says. “If you print packaging without all these reviews, you’ll lose a lot of money and you’ll win an inspection.” Serauto also hired a company, on the recommendation of another food product business owner, to develop and print their nutrition and info labels.

While Yee learned most of the rules and regulations via Google and the CFIA website, she says speaking with other food industry business owners was essential. “A lot of people think that being an entrepreneur and being in this industry is really cut throat, but in my experience, it’s been very collaborative,” she says. Yee also consulted her customers via Instagram and Facebook when designing her packaging. That input led her to adding gluten-free sauce that is sold along with her dumplings.

Specialty items, like gluten-free foods, require an added level of safety in the food production process. House of Yee and RemarkaBall are produced in gluten-free kitchens and marketed as gluten-free products, however they are not officially certified, which would allow them to carry a “certified gluten free” symbol.

“We’re not certified gluten-free, but everything that we use is gluten free. The only thing we don’t have is the certification just because it costs a couple thousand dollars,” says Yee. Cost was also a barrier for Serauto, who initially opted to stick with certified gluten-free ingredients and make sure her kitchen facility was free of gluten. Recently, Serauto applied for a grant and plans to use the money to pay for the certification process.

Which retailers to approach

Even though RemarkaBall was a hit among Serauto’s existing network, she notes that with their tight margins, they needed to sell large volumes of product in order to compete with existing food brands. The Calgary entrepreneur set her sights on Sobeys and Safeway because of their multiple locations across the province. Safeway was her neighbourhood grocery store, and as she walked the aisles, she thought “I want to see my product on these shelves.”

Alternatively, Yee specifically sought out stores who supported local business or were health conscious. She targeted those retailers to reduce her competition and make her product available to consumers already looking for specialty food products. “That’s where my target is, that’s where people would shop for my types of food,” she says.

“A lot of people told us that it was impossible to start selling at big retail stores without a broker or distributor. I felt a little bit discouraged, but I decided to not give up,” says Serauto, who instead went directly to Sobeys’ corporate office and knocked on the door of their local business development manager. The manager was impressed by Serauto’s confidence and passion for the product, and agreed to carry RemarkaBall as long as she was able to improve the packaging and add the necessary nutrition information.

Yee also hit the pavement, showing up to stores with samples of her dumplings and a sell sheet, showcasing photos of the dumplings, ingredients, retail and wholesale costs. She estimates that one in every 10 retailers she pitched agreed to stock her product. She also leveraged House of Yee’s growing online presence, reaching out to businesses on Instagram and encouraging her customers to recommend the brand to local store owners and managers.

Yee eventually partnered with a distributor, who she credits with expanding the number of stores that stock her dumplings. However, she notes that entrepreneurs don’t need to consider working with a distributor until they are more established.

Think about product placement in the store

Getting into stores is a big step, but where products appear can also help sales.

Serauto recommends networking to get the best possible placement. “It’s not just drop the products and leave it,” she explains, “You have to have a connection, a relationship with each manager.” Creating those connections helped get RemarkaBall off the shelves, where they were surrounded by competitors — instead, the product is now showcased in its own display by the cash register at select retailers.

Before COVID-19, Serauto showcased RemarkaBall at trade shows, such as those organized by the Canadian Health Food Association, and says the events were a great way to network with potential retailers outside of Alberta. Since retailers are often running on a busy schedule during events, she recommends reaching out and making those connections in advance of the fair.

Yee recently started selling House of Yee products at farmer’s markets, which she says can be quite competitive to get into. Having a presence at markets helps her store sales, she explains, because customers learn where they can find her products on a regular basis.

Yee’s business grew tenfold after launching in stores and farmers markets. Looking back, she advises entrepreneurs to have a steady production before knocking on the doors of larger retailers. Shelf space, and especially fridge space, is hard to come by, so it’s crucial not to run out of stock, she says.

To keep up with the growing demand for House of Yee products, Yee first moved to a shared kitchen and then to a 1600-square-foot facility of her own. She also hired staff and upgraded her equipment, like a larger mixer and a dumpling machine.

After speaking with Sobeys, Serauto and her team invested in an industrial kitchen and the necessary certifications from Alberta Health Services, all requirements of being able to sell in retail stores. “We started making our mix by hand, then we had some help with a KitchenAid, and now we got an industrial mixer to increase our production quantities,” says Serauto. “Additionally, we got an extruder machine to optimize our ball making process.”

It may seem like a lot of information to sort through, but Yee encourages entrepreneurs to dive in. “If you have your permits and packaging in place, just launch it! Listen to the market and make adjustments along the way.” 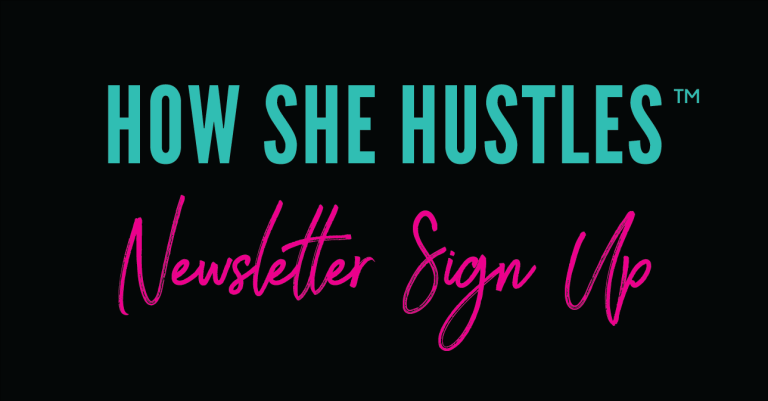